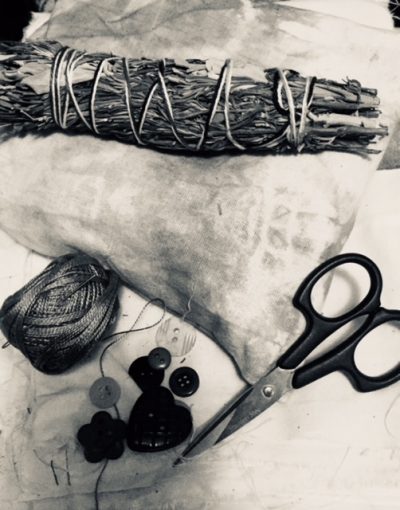 Popular Herbs – and how to use them in your everyday life.

Throughout the history, people have turned to the natural world to improve the quality of their lives. Nature’s medicine has been used for nutrition, cooking, healing, spiritual insight, cleansing, clarity, initiation, ceremony and more.

The impact of herbs on our health and wellbeing has been common knowledge for millennia – and yet we have never been so disconnected from this ancient wisdom as we are today. Our birth rite has subtly slipped through our fingers and we are now left with a distinctly uneasy feeling that we’ve lost a critical part of our connection with the world around us.  What was previously so readily available to us outside our doors or kitchen windows, is now so often sanctioned, scrutinized, criticized, and often reconstituted in a laboratory, synthetically – patented and sold to us.

Our health has become a cutthroat and expensive business, fraught with excessive legislation, fragmented and confusing for anyone wanting to become an advocate for their own health outside of mainstream pharmaceuticals. Over the last few decades, the proliferation of readily available medication over the counter has led to an increasing decline in the knowledge of the plants that surround us.

Attempting to step proactively back into the world of natural alternatives often takes a brave leap of courage. It’s hard to know where to begin without feeling swamped and overwhelmed. Often it’s a step-by-step process, gently, tentatively and patiently seeing what works, what feels right and resonates.

But with every step comes a remembering, a reconnecting and a reawakening to the ancient wisdom and, somewhere deep within ourselves, we recognize it as a home coming of sorts…..

In a world of heightened stress, buzzing anxiety and over burdened adrenals, a great starting point is to look at those gentle herbs that are easily grown and offer simple, yet effective, additions back onto your kitchen tables, steeped in your teapots, in tinctures, as aromatherapy, or even dried and tucked inside a hand stitched dream pillow. Wherever you begin to bring these ancient herbs back into your life, it is a footstep on the journey back to sacred knowledge and your birth rite.

At our next New Moon Women’s Circle on Saturday 17th of March, we will be discussing the subject of Herb Lore as we sit in Circle together and create some hand stitched Dream Pillows, filled to the brim with fragrant, healing herbs. Join us during this soulful evening if you feel the call.

We’ve compiled a list of some of the most commonly used herbs that are readily available and easy to start incorporating into your everyday lives… Chamomile, Lavender and Lemon Balm.

Chamomile was used for centuries to calm the nerves and help with sleep problems It is said to soothe the digestive tract, and is mild enough to be given to babies. Chamomile is soothing to the skin, and is often found in lotions and hair products.

Chamomile was used in ancient Egypt and was given as an offering to their gods. It has been utilized throughout the ages for digestive health. It is commonly used in teas, baths, gargles, inhalations, and compresses. Germans referred to this herb as being ‘capable of anything’ and in the Mexican folklore it was used to support healthy respiratory function and for soothing the stomach and easing digestion.

Topically, this herb has an effect that is softening and soothing to the skin.

Great for mild and occasional stress and tension, a chamomile tea before bedtime or a chamomile sachet under the pillow at night is a great way to promote restful sleep.

Lavender is one of the most well known herbs for use with stress, anxiety and insomnia. It is used in so many ways from herbal baths, essential oils, herbal pillows, and more. When making tea, lavender should be used sparingly as it’s very strong in flavor. It has a sweet floral aroma and its woody stems bear purple flowers. The use of Lavender goes back thousands of years, with the first recorded uses by the Egyptians during the mummification process. Both the Greeks and the Romans also had many uses for it, the most popular being for bathing, cooking, and as an ingredient in perfume. Lavender was used as an after-bath perfume by the Romans. During the Great Plague of 1665, grave robbers would wash their hands in a concoction called Four Thieves Vinegar, which contained lavender, wormwood, rue, sage, mint, and rosemary, and vinegar; they rarely became infected. English folklore tells that a mixture of lavender, mugwort, chamomile, and rose petals will attract sprites, fairies, brownies, and elves.

Lemon balm (Melissa Officinalis) has been used for centuries to calm the heart and the body. It has a delicate lemony flavor that uplifts the spirit. It has been used to sweeten jam, jellies, and in a variety of recipes. Lemon balm is also often used for making perfumes and in a range of cosmetics, as a tea in combination with other relaxing herbs such as valerian.

The use of Lemon Balm goes back to the ancient Romans and Greeks. One of its first recorded uses was as a wine infused liniment. St. Hildegard of Bingen, a herbalist and nun born in 1098 C.E. in Germany said, “Lemon balm contains within it the virtues of a dozen other plants.”

In days gone by, Lemon Balm was traditionally used to uplift the spirits and it was even said to possess qualities that assisted in the healing of broken hearts and even to attract romantic love!

According to herbalist Matthew Wood, “melissa will generally calm most people.”

The connection between the celestial skies above and the growth cycles of plants and vegetation below has long been understood and honoured through planting and harvesting rituals. An association with astrology and herbs can be traced back through the writings of the Greeks, such as the herbalists Hippocrates, Galen, and Avicen, who regarded those as ‘homicides’ who were ignorant of Astrology. Paracelsus, indeed, went farther, he declared, a Physician should be pre-destinated to the cure of his patient and the horoscope should be inspected, the plants gathered at the critical moment. Nicholas Culpeper, author of Culpeper’s Complete Herbal (1653) remains the most well known of these Herbalist/Astrologers today.

Herbs and Their Ruling Planets (1653)

The following herbs and their ruling planets was extracted from: ‘Culpeper’s Complete Herbal’, (1653).