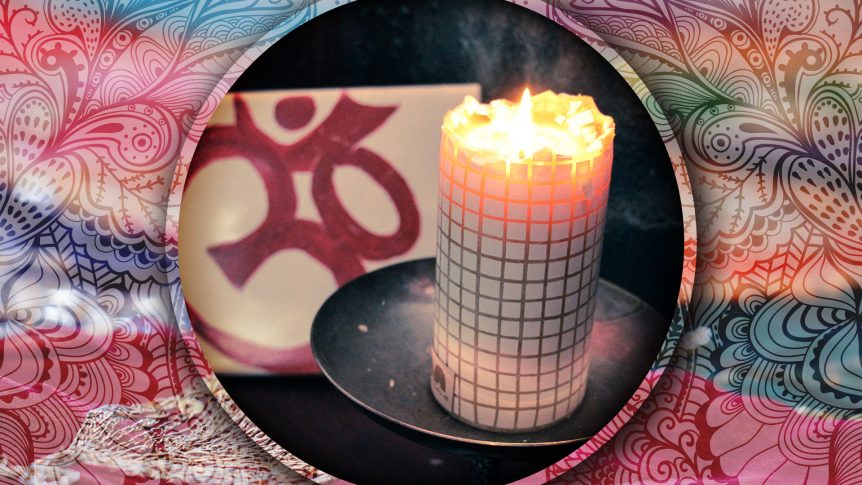 What is Mantra, where does it come from and how is it a path to transformation?

Often referred to as the language of the Gods, Mantra originated in India and is derived from the Sanskrit language. Recorded in ancient scriptures, these sacred sounds, vibrations and rhythms were discovered by Sages whilst in deep states of mediation.

Mantra is said to influence us on a deep cellular level, affecting not only those chanting, but also the physical space in which they are chanted. Everything in the Universe is in a state of vibration and has a resonant frequency. Sound is universal, able to bring about powerful states of change and provide a sense of wholeness. It’s said that even just listening to Mantra can improve the mood and energy of the surrounding environment.

Mantra originates from two Sanskrit words: man meaning mind and tra meaning vehicle or instrument. It is known as a tool for focusing the mind from a state of activity to a place of stillness and silence.  The word Om, is often referred to as the ‘Hymn of the Universe’, because it is considered the ultimate vibration, containing every sound on the vibrational spectrum, even those we can’t hear with the human ears. In this sense, Om could be described as the white light of sound and is said to contain the entire universe in its very utterance.  Its original spelling, AUM is a blending of three states of consciousness; waking, sleeping, dreaming and contains the vibrational qualities of the three stages of life; birth, living and dying.

When all three vibrations combine, they create a fourth vibration representative of transcendent consciousness, enlightenment, or oneness. The chant of AUM, silently or out loud, is a potent reminder of our ultimate Universality. Vibrating at 432 hertz, it echoes the natural musical pitch of the Universe, bringing us into harmonic resonance with all that surrounds us. Chanting offers the opportunity to be in congruent unity with the cosmos, offering therapeutic possibilities, inner stillness, enhanced sensitivity and a pathway to wholeness.

Immerse yourself in a day of Yoga exploring Mantra as a pathway to assist in creating a direct experience of your true nature of Peace, Love and Joy at our Introduction to Mantra Yoga Day here at The Sound Temple on Sunday 18th February.