Kirtan (pronounced Keertan) or Sankirtan is the repetitive singing of the many different names of the divine and it is one of many practices that are a part of Bhakti Yoga (the yoga of devotion). Kirtan is a group practice which is traditionally done in a call in response manner with one person leading usually with the support of instruments. A sense of unity is created as the voices merge together in sacred sound and there is a stilling and calming of the mind on conclusion of the practice.

Kirtan develops one- pointed awareness and is therefore an active form of meditation which is called Japa meaning repetition of mantra. Mantra is Sanskrit and is said to be the language of the Gods and originated in India many thousands of years ago…Its use has been preserved for spiritual practices only and the word mantra translated means Man = mind and Tra= to free and is a powerful tool for transcending the mind, which means it is great for managing stress.

The origin of kirtan can be traced back to around 1506 when the great Bengali saint Sri Krishna Chaitanya Mahaprabhu who worshipped the different forms of Krishna as the Supreme Being, popularised the chanting of the Hare Krishna mantra and was therefore instrumental in the development of kirtan. Prior to this the sacred scriptures such as the Vedas were chanted but not sung or accompanied by musical instruments. 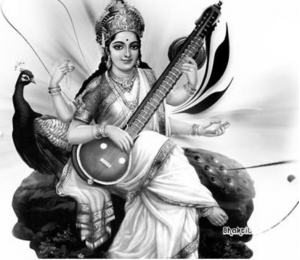 Kirtan is a simple but powerful practice that is becoming popular all over the World….In America it features in many Yoga and new age festivals with people like Krishna Das, Deva Premal and Jai Uttal being professional kirtanists that have contributed to the popularity of this practice. The good vibes that are created through Kirtan make it appealing to many as it is a powerful means of uplifting oneself as well as the environment in which one is chanting in.

If you haven’t tried it I highly recommend it and invite you to join us at the Sound Temple for this community event.