The Moon is the Earth's only natural satellite, the Moon travels around the Earth once every month (29 days approx)—the word "month" derives from "moon". This monthly orbit creates the phases of the Moon, as she travels from "New", when the Moon is aligned with the Sun, to "Full" when the Moon opposes the Sun and back again.

Speaking more esoterically, the Moon rules the older, deeply set patterns of behaviour, the habits we so naturally fall into. The Moon governs the emotional personality and gives a good picture of the way our thoughts are influenced by our emotions and our subconscious.

The most visible symbol of feminine energy in the solar system is the Moon. Because it reflects the light from the sun, the pale orb in the night sky has come to represent a woman's reflective nature, her internalised response to the world. Indigenous people usually refer to the moon as 'Grandmother Moon' and she is deeply significant in their cultures. During our Moon sessions at The Sound Temple we pay our respects to Grandmother Moon during a Shamanic Aura Cleansing Ceremony for her gifts to the earth and it's people. 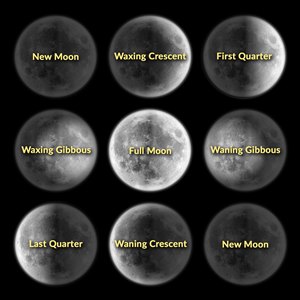 Waxing - the moon is growing larger in the sky, moving from a narrow crescent just after the new moon towards the full moon. The waxing moon grows from right to left and is called the 'right-hand moon' - the crescent is like the curve between the right-hand's index finger and thumb.

Waning - the moon is decreasing in size, moving from the full moon back towards a crescent as the new moon approaches. The waning moon decreases from right to left and is called the 'left-hand moon' because of its similarity to the curve on the left hand.

These nights are celebrating the FULL MOON'S appearance.

Experience an immersive sound healing session in our hand crafted wooden resonance chamber with three large symphonic gongs, tubular bells, crystal singing bowl and didjeridu. Then step out into the peace and beauty of our Jarrah tree bushland whilst listening to the Black Cockatoos and enjoying a warm herbal tea.

To book your event see What’s on events page. 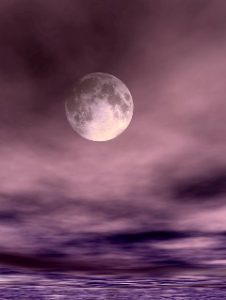 A full moon is a very significant time for many people and especially women with the influence of the moon on us.

This is the time when the moon's energy is strongest (closest to Earth) and purportedly of significant mystical effects.

There is a lot to discover about your own astrological star sign and the special effects you may expect to experience at that very eventful time of the month.

On arrival you will receive a gift of either an essential oil, smudge stick or Sandalwood stick.

Following this a Cleansing ceremony will be held around the small fire prior to the session in the Sound Temple to give thanks to Grandmother Moon.

The Full Moon Experiences within the Sound Temple are always popular as the energy levels are often higher at this time of the month than normal, and can sometimes have a profound effect on the sounds from the gongs. These nights are usually on a more spiritual level reflecting the time of the month and the activities on the night.

Following the session you are welcome to join us for a light vegetarian mean and a cup of tea to share your experiences from the evening.

Once again a truly memorable evening and one that attracts our regulars every month.

To book into the next Full Moon Session, see our calendar of What's On.

Offered on request through our Group Bookings, tailor made to your request.

These evenings are full of interest in the coming month by celebrating the start of a new moon and all that is promised.

The new moon occurs when the sun and moon are in conjunction, occupying the same part of the sky from the viewpoint of earth. During this time the moon doesn't reflect the light of the sun, and so cannot be seen (except during a solar eclipse). The moon's non-illuminated side is facing the earth yet like a Full Moon when it is again closest to the Earth and exerting it's mystical energy on all of us.

This is a time of growing energy, newness, rejuvenation, growth, renewal and hope. It is a good point to make changes in your life, such as ending bad habits or relationships.

Experience an immersive sound healing session in our hand crafted wooden resonance chamber with three large symphonic gongs, tubular bells, crystal singing bowl and didjeridu. Then step out into the peace and beauty of our Jarrah tree bushland whilst listening to the Black Cockatoos and enjoying a warm herbal tea. 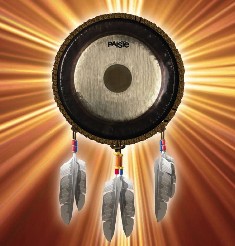 The experience in The Sound Temple with the playing of the beautiful Gongs and the other instruments (Wind Gong, Tubular Bells, Hoop-drum, Rainstick, Ocean drum, Ting Sha bells and sometimes the wonderful Didgeridu) will take you to another space and an experience that brings visitors back time and again.

If you would like a New Moon Session they are offered through our Group Bookings, tailor made to your request.

A minimum 8 people is needed for a group session, maximum of 14.